Clint Eastwood’s final ride. An honest confessional, gritty and hard hitting piece about the importance of family, changing times and the price of redemption.

Clint Eastwood is one of the hardest working and most well respected and influential film makers in the business, period. After many years of solely being behind the camera, directing mostly bio-pics such as; Sully, The Jersey Boys and the 15:17 to Paris, Eastwood returns to acting/directing in lead role for The Mule. The last time we saw Eastwood on screen was in 2013’s baseball flick Trouble With The Curve, prior to which was 2008’s renowned Gran Torino, the latter being more relevant to this new release, at least for certain story cues and overarching themes. More on how that ties in later.

This film sees Eastwood as Earl Stone who’s a respected, popular and award winning horticulturalist who always seemed to put his career before his family. Throughout the movie we see the effects and the leading double life that ends up taking on new meaning when he loses his farm and eventually gets involved in drug trafficking for a shady Mexican drug cartel. 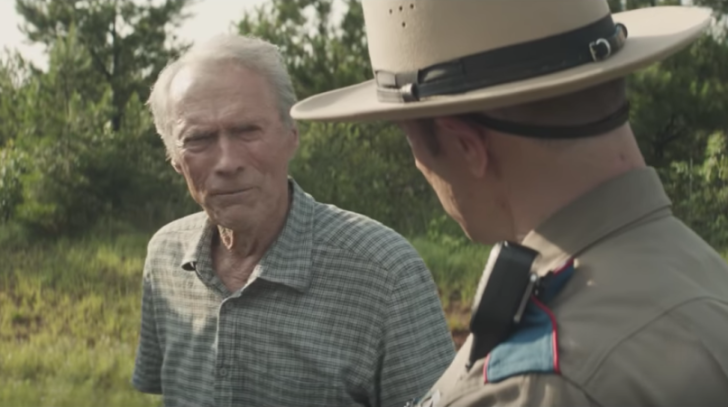 It’s a story of an evolving climate and how the world around our leading man has changed so much throughout the decades and this is expressed in a multitude of ways in the movie, both in subtle and nuanced ways and also in very crass, blunt and blindingly obvious statements and observations.

What we know about Earl is that he is far behind on the times, he hates the constant use of smartphones, the internet, the lack of meaningful social interaction and the climate of PC culture. All of these points are addressed through different methods and at times, whilst it can seem shocking or offensive to some, with Eastwood’s character throwing around racially insensitive slurs towards Mexicans, black people and other minorities as well as casually remarking about dykes on bikes, it fits the character well and adds to the gritty realism of the picture.

Desperation and wanting to hold onto glory are big themes throughout the film and naturally this transpires from award winning flowers to essentially becoming the most successful drug trafficker, enjoying the spoils and savouring a taste of being filthy rich and taking risks and the price of infamy, all in the cost of making a name for one’s self and being a somebody. 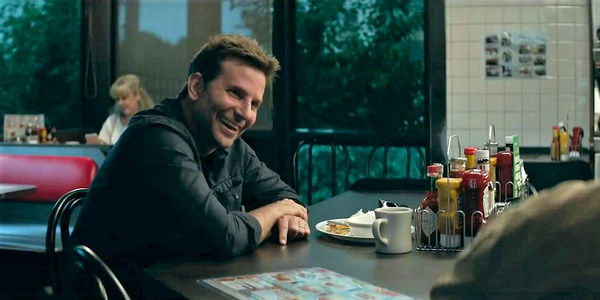 A cost however, not only in a monetary sense. Earl Stone neglects his family, he misses his daughter’s wedding in the introductory moments of the movie and this sets up the fact that he wasn’t there for them when they needed him to be a father, or even a grandfather. Despite his best efforts to change and the extreme lengths he goes to throughout the picture, completing a total of over ten high risk and reward runs for the cartel, Eastwood proves that no matter what you can’t buy time, you can’t just purchase happiness and that the cost of redemption ultimately comes at the steepest price.

With all that said, It’s a beautifully directed movie as one would expect from someone with Eastwood’s extensive pedigree. This is a Malpaso/Warner Brothers production after all, behind or in-front of the camera, the man is always doing an exceptional job and has done ever since his earliest directorial efforts with 1971’s Play Misty For Me and 1973’s High Plains Drifter. Despite it’s more small scale and grounded setting, Eastwood’s typical sharp style and flair is present throughout. It feels real, we are dragged into this world, into this situation and it is at times intense which only ever adds to it.

Eastwood isn’t playing a gunslinger, he isn’t a bodyguard for the president, nor a no-nonsense San Francisco cop, but an old man doing anything and everything he can to make things right. The duality of the movie’s core themes is expanded upon with the cat and mouse chase as opposing rival DEA special agent, played by Bradley Cooper (American Sniper) is hot in pursuit. Eastwood and Cooper’s interactions for me were in my eyes some of the most standout moments throughout the picture. Every time these two were on screen together exchanging words it felt entirely sincere and genuine, especially towards the end. The chemistry on screen and the sharpness of the writing does not dull for a second, the cast here in general are truly standout throughout, especially with Eastwood’s daughter Alison, who brings a whole new dimension to the grit and realism on screen.

The pacing of the flick moves along nicely that allows the slower moments time to breath but also glosses over the less important details. It’s the rule of show don’t tell, and this is form of visual storytelling and symbolism is explored in clever ways that will make you appreciate certain parts of the film; mostly each drug run and the way the rise and fall arc is presented here.

Some of the greatest parts of this film are the small details which Eastwood always has a genuine talent for in many of his directed pieces, from the way that Earl casually sings along to songs blasting from his Lincoln on every run, to the Korean war veteran sticker on the back of the car, subtly telling the audience that this man isn’t someone to fuck with. There is depth and subtext to a movie which is quite simple in scope and premise.

Here’s where the subtext began to bleed in whilst I was watching the movie, It’s in everything from how Earl thinks and speaks to the relationship with his family. Eastwood himself was always working and essentially put film making before his own children at certain times of their lives, he’s been married several times and even has a total of eight children himself. Through Earl I believe Eastwood echoes the sentiment of sincerity and almost uses this film as a platform to do so.

The times are changing and he’s older generation, he wasn’t there for his family and now in the twilight of his life he is making up for that lost time and doing right by them. In many ways, the violent and drug fueled story presented in The Mule feels like an allegorical way for Eastwood to say all the things he feels that were previously left unsaid and to make a change.

I really do not want to ruin this movie for anyone and there’s no accounting for personal taste, but I genuinely really loved The Mule. It’s gritty, powerful, moving and real. It tells a story of loss, pain, family and redemption and it’s masterfully acted, directed and acted by all involved. It’s a must see for any Eastwood fan or film goer in general who can handle some old world thinking. Don’t let PC culture dampen your expectations for the film, go with an open mind and come out with your own thoughts.

Current 3rd year journalism student at Falmouth University. Writer for Pit of Plagues, The Metal Experience and other music based publications, as well as freelance. View all posts by Aleksha McLoughlin